I was really -stressed out- this week by work. Especially today. I’m fine now cos I cleared the most pressing ones already. Oh well, but while my brain was imploding from the pressure, I happened to be listening to a drama cd which gave me ideas. So after some editing…

Imagine responding like this to your clients/boss when you have to field off all those impossible deadlines and unrealistic requests.

Listening to this (in the context of the drama cd it was from) seriously cracked me up. Am contemplating using that as a ringtone or sms tone LOL. XD

Well, thank goodness the week is ending! There’s still unfinished work but the mind just feels a tad better when it knows that the weekend is near. TGIF! 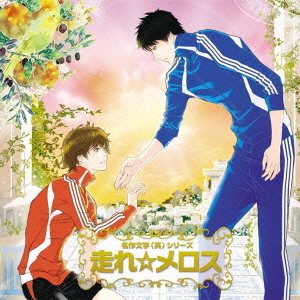 In case you’re dying to know who voiced that clip, here’s a less edited version. I merged a few bits together. It has more of the seiyuu’s voice. Doesn’t make sense if you don’t know the context but what the hell:

Guess who the seiyuu is? Quite obvious I think ^^I really love this guy <3 lol~

Have a Happy weekend!