Update: Well generally speaking, Sekai Ichi anime didn’t disappoint. I’ve watched the OVA and like to say that it reminded me of everything I loved about Junjou Romantica <3

From the looks of it, the art style of the manga/anime definitely looks very Junjou-ish. The main characters Onodera Ritsu and Takano Masamune also look like a younger Miyagi x older Shinobu from Junjou Terrorist.

By the way, the story is set at the same publishing company in Junjou Romantica, so we’ll get to see a familiar face or two from the manga, such as Isaka Ryuuichiro.

They’re also keeping the original cast from the drama CDs which is great. Generally, I find that in terms of the entertaining and comedic factor, Junjou Romantica is a lot funnier. I’ve read comments however that this series is a lot more believable and down-to-earth. What do you think?

As a sneak peak and commemorative gesture for the upcoming anime, a 20-minute anime DVD will be bundled with the manga that will be released in March 2011. I hope it has different content from the actual TV broadcast :)

END_OF_DOCUMENT_TOKEN_TO_BE_REPLACED

Link To This Page
1. Click inside the codebox
2. Right-Click then Copy
3. Paste the HTML code into your webpage
codebox
[instagram-feed] 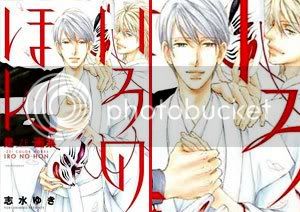