I was pretty impressed by 07-Ghost (セブンゴースト), a recently broadcast anime adapted from manga by Amemiya Yuki 雨宮由樹 and Ichihara Yukino 市原ゆき乃. I read that it is one of the most anticipated (fangirl) anime this season and it certainly did not disappoint.

07-Ghost anime has done almost everything right with the abundant number and range of bishonen (uniformed, megane glasses, kichiku evil, genki sunshine, tormented and angsty…) from young (chibi protagonist was seriously cute) to old (Sensei, Sexy men with a past *cough*) to satisfy everybody’s preferences. But apart from just a pretty surface, it has an intriging premise and plot. And so far there isn’t any annoying or pretentious character in sight yet. 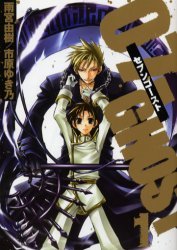 Marrying magic, fantasy, sci-fi (the mecha), religious and gothic themes, there’s a high chance of it messing everything up and stretching our ability to follow the story. However, I find the first few episodes very well-paced and able to quickly establish the setting and main characters of this fantasy world with action, humour and character interaction. It held my interest and made me care enough to find out what awaits these characters in the future.

07-Ghost was animated by Studio DEEN who also did Kyou Kara Maoh and Junjou Romantica. The animation was fluid and varied. Although I never liked computer animation CG that is obvious in anime but I guess the trend is irreversible especially for vehicles and such. Fortunately, it is relatively well-integrated with the 2D and does not distrupt viewing and flow of the story. The special effects used for presenting magic cast was quite good tho’ And with a stellar cast including Mitsuki Saiga and Hayami Sho, we’re in for a visual and audio feast. If you enjoyed Kyou Kara Maoh, this is certainly not to be missed :) 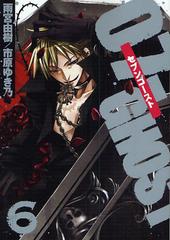 Set in a gothic fantasy world, this is the story of Teito Klein, an orphaned slave who lost his memory but went on to become the top student at the military academy. An unexpected turn of events left him in pursuit by the forces of the Barsburg Empire. Now an escaping convict, Teito was sheltered by the church, protected by the 7 Ghost guardians and it’s law of sanctuary. Here, he discovered many mysteries surrounding himself, the church, and the Empire itself. As bits and pieces of his memories returned in better clarity, Teito was compelled to find out about his connection to a dethroned king and the mystical stone of god, ‘The Eye of Mikhael’. What will become of Teito in his quest to uncover the truth? 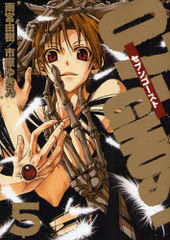